I can't believe how long it's been since I last wrote anything. I have lots of toy patterns waiting to be written up and lots of other projects to share. I moved my website to Shopify at the end of December and had all kinds of great ideas to post more tutorials and feature more designs. As usual, life seems to come at me full force when I'm least expecting it. That's okay, though! What's new? My first little grandson! Born July 16, he's just a little over two months' old and sleeping peacefully (a rarity!) as I write this. And now I have more motivation than ever to keep my toys coming!

After working on my Walkabout finger puppet dolls for two years  I started working on another collection of puppets. I am excited to finally share my pop-up cone puppets! They are composed of only two actual pieces ... the main puppet, knit in the round from bottom to top ... and a covered dowel in the middle that controls the action.
Meet Mr. Rabbit ... styled after Alice in Wonderland's White Rabbit, he even has a waistcoat and pocket watch! 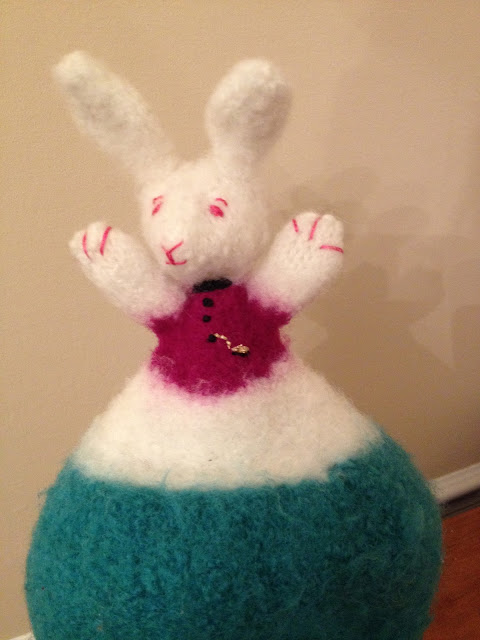 When popped up, this is what he looks like (above) ... but when you pull the dowel down, you can make him hide! 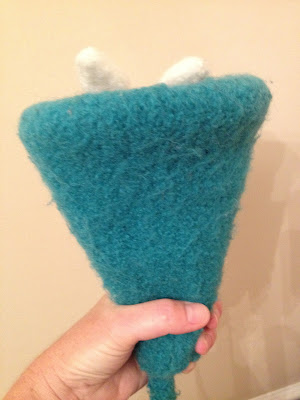 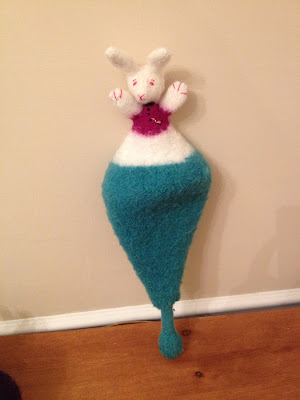 As with all the pop-up cone puppets, he can also twist right and left ... so, be careful! He likes to keep a close eye on you!

After the rabbit, I experimented with a playful purple cat. 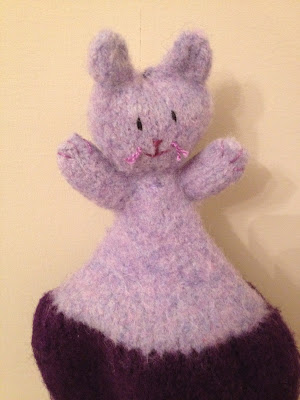 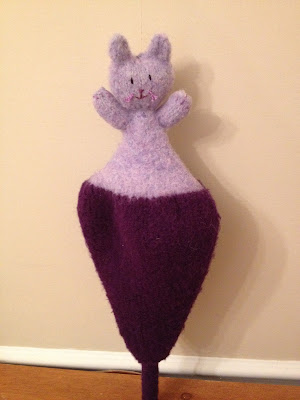 And after that, I decided I would make a whole puppet show full of characters!
So I made a queen, a king, a dragon ... a knight, a wizard, an owl ... and I am still working on getting the princess to look right! Her overskirt is too thick for her to hide properly inside her cone! Next time, I think I will leave it off and embroider her details, instead. 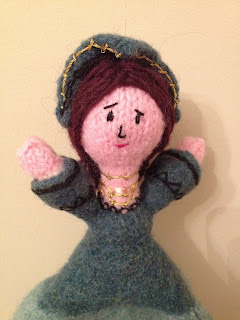 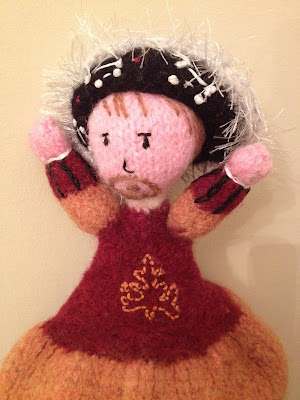 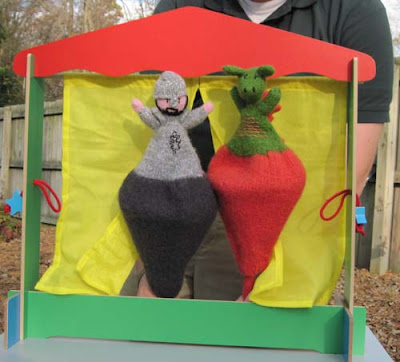 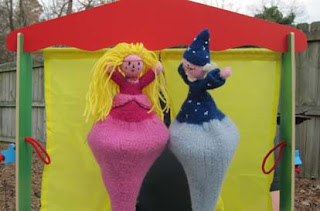 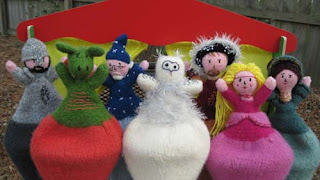 They are a lot of fun ... it's very interesting to experiment, because, just as I found when making the Walkabouts, different dyed wool yarn, even from the same manufacturer, felts or fulls, at different rates. This can sometimes be both challenging and annoying! It takes lots of time to find the consistency that I want when hoping to write up a pattern ... and this is why I make the yarn recommendations I do.
Watch for the patterns ... coming soon!

Posted by Nean the Bean at 3:29 PM No comments:

A Dish Cloth with a Sunny Disposition! 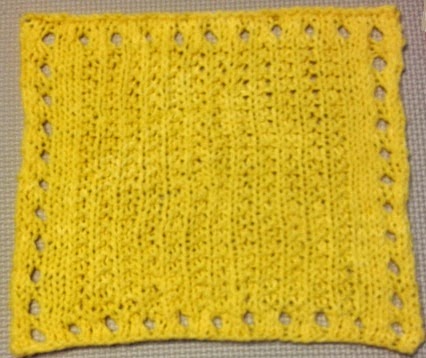 An uncomplicated broken-rib stitch gets a fresh face with the addition of pretty eyelet edges. The textured surface is just right for scrubbing your dishes squeaky clean!

So cute, maybe it should be for the bath, instead!