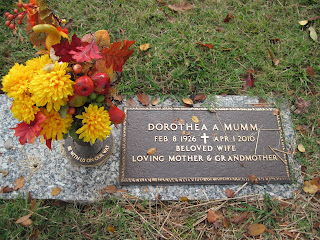 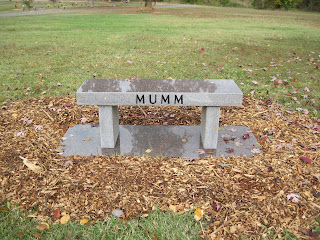 Here is the rather expensive bench that everybody thought everybody else really wanted ... but, in the end, nobody really did. But by the time we realized this, it was too late to cancel! So here it is.

Posted by Nean the Bean at 1:01 PM No comments:

View from Our Back Yard and Visitors! 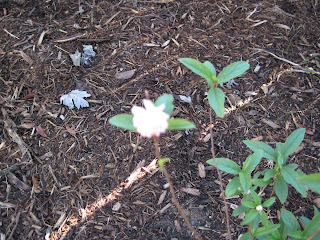 Look at this! This is a tiny flower on the flowering almond shrub a friend from my swimming class gave me last April after my Mom died. She said it would bloom every April. I guess it decided to bloom now that my Dad has moved in! It's probably just a coincidence, but it feels like my Mom is sending us her love and approval.
Meanwhile, two of my brothers came for the weekend a couple of weeks ago and we had a great time! They were able to see my Dad's addition for the first time ... and we had fabulous weather. 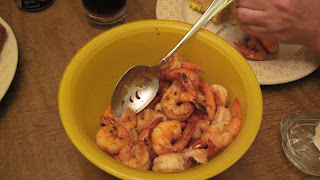 My brother Chris loves to cook ... so the first night he was here, he made shrimp scampi. 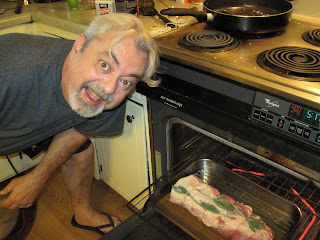 The second night he was here, he made a pork roast with apple, currant and hard apple cider stuffing. See the sage sprigs on top? Here it is going into the oven. 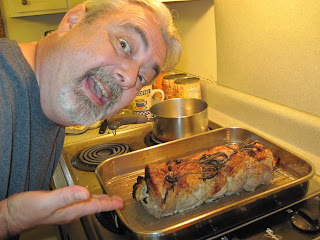 And ... VOILA ... here it is, finished. It was perfect. It tasted fabulous, but it took him all day to chop the fruits, saute various things at various times, cook the stuffing until the hard cider was absorbed, butterfly the pork roast, pound it flat, stuff it and roll and tie it up. PHEW! I was feeling pretty guilty by the time we sat down to eat. He had been cooking for two days straight and then had to drive back 8 hours the next day. We all decided that, next time, we'll order take out! (But it was delicious, I have to say ... he really needs his own tv show: Cookin' with Chris!) 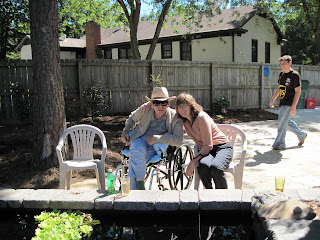 Dad and I in front of the koi pond. (Pay no attention to the beverages on the pond wall!) 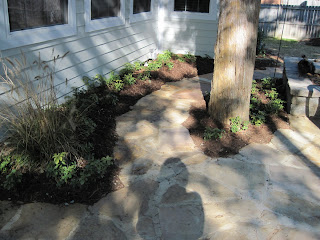 Here's a photo of part of the stone patio and path.

It's really great having my Dad here. It feels like he's finally home.
Posted by Nean the Bean at 7:39 PM 3 comments: